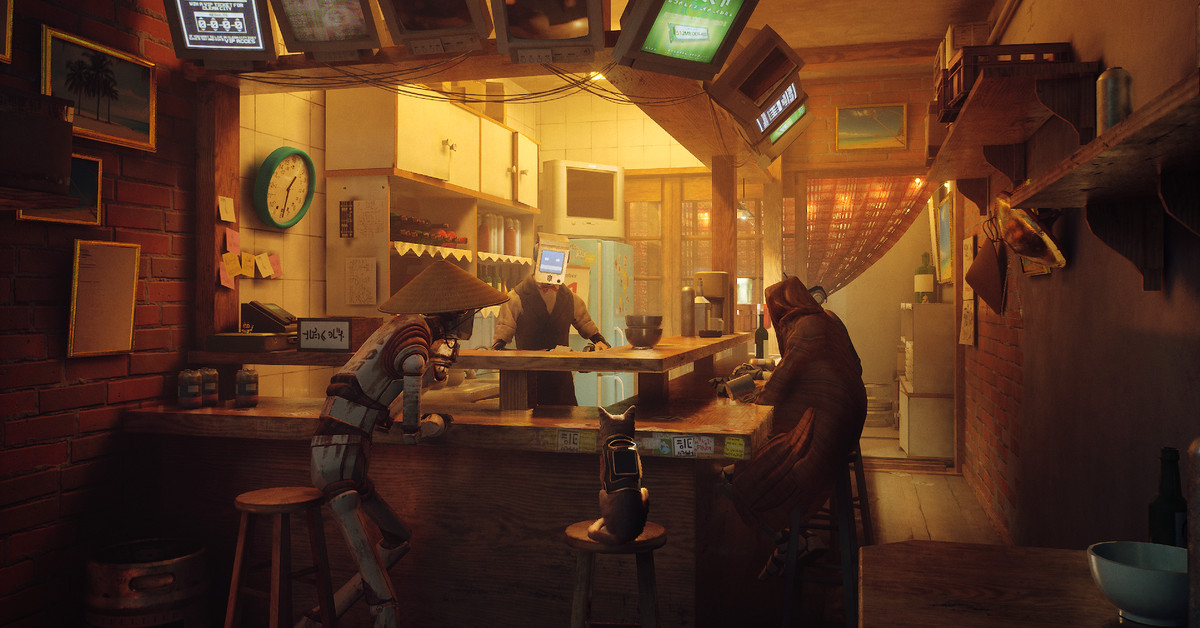 While an ominous blood moon hangs in the sky, four cats take shelter from torrential rain. In Stray, released this week for PlayStation consoles and PC, you play as one of these animals. A push of the left analog stick causes your cat to ease into a lilting trot; holding the right trigger makes them accelerate into a bound; then, at certain moments, you press a button to interact with your nearby feline friends. You play fight, nose rub, and curl up to them, each action beautifully animated, soundtracked with delightful purrs and trills.

By coincidence, Stray was released on the very same day as Endling: Extinction Is Forever, another game that casts you as a virtual animal: a fox in a world ravaged by environmental disaster. Where Endling is a straightforward eco-fable, Stray is a philosophical cyber-adventure. Together, these games do more than speak to our memefied affection for virtual critters; they let us ask questions through their virtual protagonists while asking questions of ourselves. In Stray’s case, the cat’s very form — a digital / electronic being posing as a biological / organic creature — feeds into the game’s subtext. Developer BlueTwelve explores the all-too rigid division we impose on nature and technology, the blurry line between artificial and natural intelligence. It’s a credit to the game’s artists, animators, and sound designers that the constituent parts of this animal coalesce into such a persuasive whole. We’re a long way off the low poly animals of yesteryear.

Indeed, as I write this, Twitter is awash with videos of cats glued to television screens as their owners play Stray (there’s even an account dedicated to it). Their ears rotate with each chirp; their eyes track the on-screen four-legged body as it’s directed about the subterranean streets of Walled City 99. These videos could almost be outtakes from Ridley Scott’s cyberpunk classic, Blade Runner. What, we might ask, are these cats thinking as they interact with their digital doppelgangers? Perhaps a fragile sense of kinship; how about a slowly dawning horror?

Endling, by contrast, is concerned with nothing so abstract. The game, a 3D side-scrolling adventure, opens with a devastating forest fire (like those that have just swept across Europe during a week of extreme heat) that you, a pregnant fox mother, must escape. From there, events scarcely get any easier as you venture out each night with your newborn cubs, scavenging and hunting for food while searching for your cub caught by a furrier (a person who deals in animal furs). The bulk of its story is told through the kind of environmental storytelling popularized by games such as 2007’s Bioshock. You’ll pass graffiti that reads, “Your grandson is already dead,” as the landscape gradually changes with each passing lunar cycle; towering trees become chainsawed stumps; you slink beneath hulking machines.

The game is part of a new wave of titles that explicitly address environmental issues, some in the hope of inspiring their players to real-world action (Endling creator Javier Ramello calls the game an “awareness tool”). But where 2020’s Beyond Blue and, before it, 2016’s ABZÛ achieve a sense of ecological wonder, Endling goes for the jugular with environmental dread.

Endling is most effective when its survival mechanics intersect with the environment. As your cubs’ fate hangs increasingly in the balance (represented by a dwindling hunger bar), you find yourself frantically searching for food in a habitat being encroached on from every angle; you’re running out of space just like real-world animals. But this good work is undercut by an emotional tenor that all too often feels cheap, reminiscent of what filmmaker George Lucas once said: “Emotionally involving the audience is easy. Anybody can do it blindfolded, get a little kitten and have some guy wring its neck.” Without spoiling exactly what happens, I found Endling’s climax to be the apotheosis of this approach — maudlin, overwrought, underwhelming.

Despite these shortcomings, Endling, just like Stray, seems to be driven by a well-intentioned desire for connection with what ecological writers such as David Abram call the “more-than-human world.” The two games are interested in the intimacy that can be fostered between a player and virtual animal (and, by extension, a human and the real thing). In Endling, you care for your cubs, rewarded at the end of each night with a shot of them sleeping contentedly in the den. In Stray, it’s achieved through the small, welcomingly pointless interactions of drinking from puddles and clawing at fabrics or other tactile materials. Of course, these acts of roleplaying don’t let us experience the world in non-human terms, but they do help us imagine it.

For all the assistance we offer these virtual beasties, they’re still our playthings. We control them (just like any other game protagonist), directing their on-screen bodies using the controller as if they’re an extension of ours. It’s a fantasy and, perhaps, I’d gently suggest, a weird one, particularly when it comes to animals. Another way of approaching these virtual beings is through what philosopher Donna Haraway calls “letting go” — the idea of accepting there will always be an unknowable gap between how we perceive the world and that of another being. “Not knowing is a quasi-Buddhist value,” Haraway, author of The Companion Species Manifesto: Dogs, People, and Significant Otherness, said to the LA Review of Books. “The appreciation of not knowing and letting that be is something you learn in a serious relationship.”

This is precisely what I’ve come to realize with my two cats: Win, a grown-up ginger just like the protagonist in Stray, and Greta, a barely six-month-old tabby. They roam around an overgrown garden (of nearly post-apocalyptic unruliness) as and when they please. They return for meals at (semi) regular intervals, although they could just as easily move on and find another cozy apartment filled with food. The fact that they exist beyond my control, acting according to their own feline thoughts and decisions, has come to be one of my favorite things about our relationship. I will never wholly comprehend what’s going on inside their walnut-sized brains!

This dimension of human and non-human relationships is relatively underexplored in video games, albeit with a few wonderful exceptions. There is, of course, 2016’s The Last Guardian, a game that centers on a young boy’s relationship with a gigantic dog-bird hybrid called Trico. You must collaborate with Trico to solve environmental puzzles, guiding her to nearby ledges, across gaping chasms, and through winding tunnels. But Trico doesn’t always obediently follow. There is lag, delay, and confusion between you and her, just like with a real animal. You must earn the feathery creature’s trust — positively reinforcing actions with gentle pats and consoling with soothing strokes. What’s absolutely crucial to the game’s success is that the AI which makes Trico tick — what lets her move about the environment and dictates how she feels toward you — is hidden. There’s no HUD with convenient trust and hunger meters. Trico is a black box: unknowable.

Fifteen years before The Last Guardian was released, the 2001 god simulation Black & White gave us another virtual creature with seemingly intelligent AI. Close to its beginning, you get to choose which of three creatures — an ape, cow, or tiger — will help deliver your either benevolent or malevolent supreme rule. Black & White gives you much more information than The Last Guardian; there are bars that go up and down depending on whether you positively (stroke) or negatively (slap) reinforce behavior, but in the game’s moment-to-moment action, your creature is often gloriously unpredictable. One moment they may be watering crops and gathering wood; the next, they could be snacking on a villager or pooping in a nursery.

Like Stray, both Black & White and The Last Guardian explore the question of what separates artificial and natural intelligence, but they do so through the material form of their characters rather than explicit narratives. The player can only influence rather than directly control these creatures — assemblages of AI, algorithms, automation, animation, and audio. They roam virtual landscapes according to coded instincts, all the while reacting both impulsively and thoughtfully to player input.

They’re also in conversation with bigger ideas reconsidering precisely what intelligence is. On the one hand, thanks to the work of scientists and writers such as Frans de Waal and Ed Yong, we’re beginning to understand that non-humans are not just far smarter than we previously thought but smart in ways that challenge our own human-centric definitions. On the other, computer scientists are developing increasingly powerful AI, all while looking to animals as a guide to the ways intelligence isn’t just what happens in the mind but is tethered to the body. At Stanford University, researchers are letting strange, digital critters loose in virtual sandboxes to see how they evolve when confronted with problem-solving tasks.

As the writer and artist James Bridle wrote in the recently published Ways of Being, “We have always tended to think of intelligence as being ‘what humans do’ and also ‘what happens inside our head.’” Artificial intelligence, he argues, “Provides a very real way for us to come to terms with all the other intelligences which populate and manifest through the planet.” Bridle refers to all intelligence as “ecological,” entwined and “relational with the world.” This sounds a lot like Trico navigating the ruinous city in The Last Guardian, a creature game designer Fumito Ueda described in terms of its “independence,” its ability to make decisions within an environment, and the extent to which we believe she is a “real, living being.”

These kinds of ideas ask the question: might we one day consider virtual animals to be actual animals? I don’t know if I’m ready to commit to this yet (as academic Seth Giddings provocatively has). Virtual and actual beings are fundamentally different beasts; one is driven by computer-programmed algorithmic intuition, the other by biological processes and organic matter evolved over millions of years. That said, what Stray, The Last Guardian, and other games that foreground non-humans promise is new, hitherto unexplored bonds between the human, non-human, and the virtual. With its feline fans strewn across the internet, Stray is perhaps a glimpse of an increasingly entangled future. 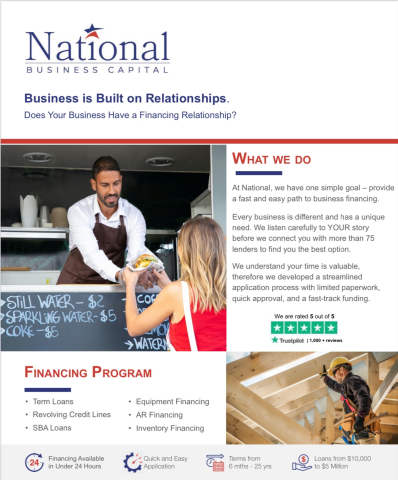