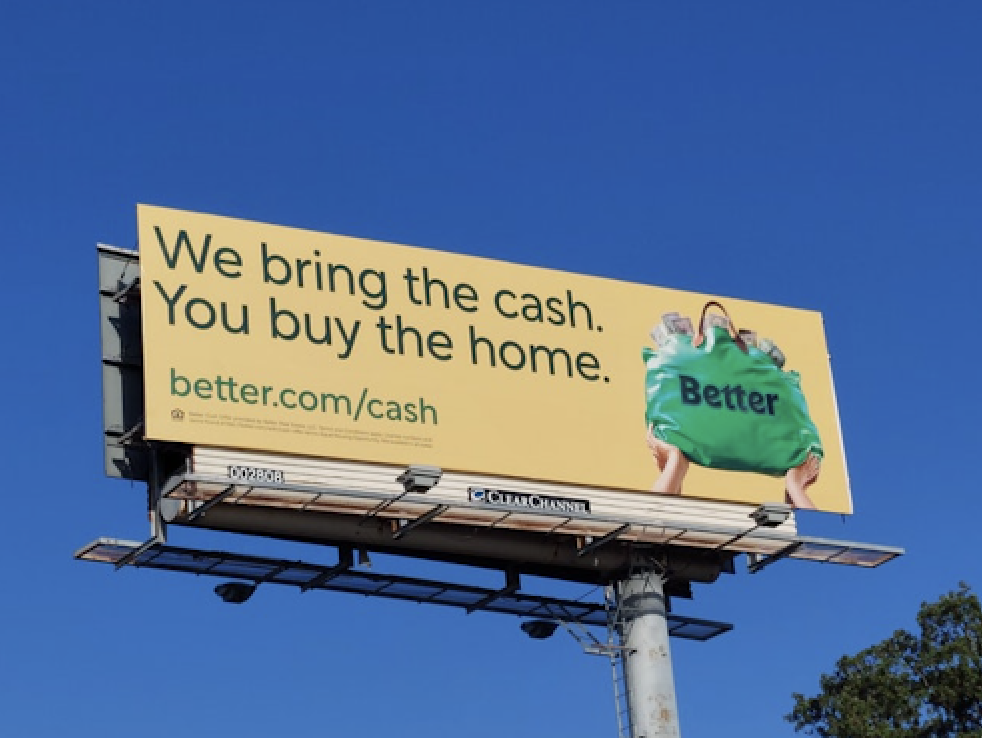 Digital mortgage lender Better filed paperwork Thursday to go public via SPAC, or special-purpose acquisition company, in a move that comes during a particularly challenging period for homebuyers.

The grueling macroeconomic circumstances have affected both Better and its customers, contributing to the company’s decision to go public, a source familiar with the matter told Yahoo Finance. As interest rates have risen, Better needs access to capital particularly as it looks to build out its product capabilities and serve its customers in an increasingly difficult home-buying environment, the source said.

The Wall Street Journal reported on Better’s plans to go public in a SPAC deal in May, noting that the deal would value the lender at roughly $7 billion in pre-new money.

Better — which was founded in 2016 and has since originated about $100 billion in mortgages — offers consumers an online homeownership platform that includes a mortgage originator, a real estate brokerage, and two insurance companies. The company reportedly has been exploring a listing for some time, as it has faced internal turmoil after hundreds of employees were fired via Zoom last year.

The deal, which the company expects to raise $750 million, seeks to give Better the resources to serve its customers amid rising interest rates and record inflation, a source familiar with the matter told Yahoo Finance. The transaction will be conducted with Aurora Acquisition Corp. (AURC), and the New York-based company plans to trade under the ticker BETR.

“As the mortgage market evolves, we believe Better remains focused on delivering innovative products to customers to solve their financial challenges and managing the business with discipline,” Aurora CEO Arnaud Massenet and Aurora Chief Investment Officer Prabhu Narasimhan said in a statement.

Massenet and Narasimhan will both be joining Better’s board.

Notably, Better is choosing to go public at a time when raising money in the private markets is more difficult than it’s been in recent memory. It’s rough out there — for example, buy now, pay later company Klarna saw its valuation slashed by about 85% in its latest funding round.

Better has made headlines and been subject to backlash in recent months as it has laid off a significant portion of its workforce. In 2021, the company cut 900 employees via a Zoom call, kicking off a firestorm.

“If you’re on this call, you are part of the unlucky group that is being laid off,” Better’s founder and CEO Vishal Garg reportedly said on the video call. “Your employment here is terminated effective immediately.”

Then, earlier this year, Better laid off another 3,000 employees, and reportedly began offering voluntary severance packages to others. Garg himself has simultaneously been embattled, even taking time off at the end of last year amid negative reports about his behavior.

Now, the company’s clearly betting on a turnaround. To that end, there have been shifts at the highest levels of the organization. For instance, in May, former Goldman Sachs Marcus leader and Mastercard (MA) board member Harit Talwar joined the company as chairman of its board.

“For the average American consumer, their home represents roughly 65% of their net worth,” Garg in a statement. “This transaction will enable us to continue providing a better outcome for folks in search of the security and opportunity that homeownership brings.”

Allie Garfinkle is a senior tech reporter at Yahoo Finance. Find her on twitter @agarfinks.

Read the latest financial and business news from Yahoo Finance.